I'm Not Afraid of No G+hosts! 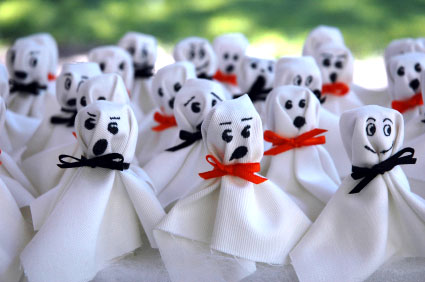 In its infancy, two years ago, people called Google+ a ghost town. But infants grow up. We don't know what they will be as they grow. I think in the world of existing social media people are caught in that mental framework and think something new is just another one of the same. They compare apples to apples.

I like apples. I prefer apples actually. You know, the Steve Jobs kind. But here is not just another apple. Its more like a mango. Its got a much more international flavor, rounded differently, and amazing taste when opened. Okay, let me explain as this must not make much sense.

I join Google+, okay, set up the "about me" page, loaded a photo, and well, now who do I post to since there's no one in my circles. I think that's about where people get stuck. What do you do next? On facebook you go find your friends. But, that's where they are. This is not likely to be the case on Google+.

I didn't immediately think of getting new friends. That was not something that occurred to me at all.

But I found a few people I knew. It was easy in the web world as geeks are there first on every new web thing. And actually over the first 8 months from August 2012 to March 2013 I found one and then another and it looked pretty good. I knew a couple people in my web and SEO meetup groups and they kept giving me tips and information. I posted things and people commented and I commented on my friends posts and se it began. In March I had almost 50 people following me. (cue laughter) I had 800 or more friends on Facebook but I personally don't enjoy facebook so I don't play there. 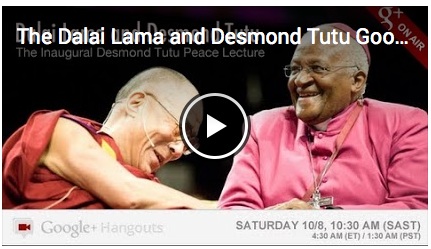 Then I attended a Digital Marketing for Business conference in Raleigh NC and a fascinating person, Gopi Kallayil, spokesperson from Google, showed me the world. Ah, I said. It is a whole different experience, this new thing. I get it now. People all around the world are hanging out together. Hangouts are on Google+. He showed me the Dalai Llama talking to Reverend Tutu to celebrate his 80th birthday. These two men can't get together so Google made this communication possible for them. What?

He showed me the President of the United States, Obama, talking in firesides to the American People on Google Hangouts. This is a whole new world, literally. The American People? - that's no ghost town! 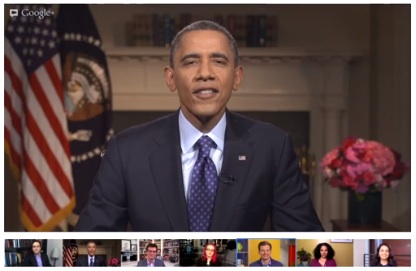 No, I didn't want to just talk to people I already knew. I figured out I could meet new people here from all over the world. Then I started doing just that. Here is what I did. It works. It is nothing like facebook where 78% of the people who are your friends already knew you or are already your clients if you are in business. You can keep in touch with them there. Google+ is about discovering the rest of the world!

In a few short months I am celebrating a goal I never thought possible, the first 1,000 followers on Google+. How can this be possible? I know there are many who have more, like a friend of mine who has over 300,000 followers. But, to me, each person is special and valuable and I have watched them find me from all over the world, really, every continent.

Here are my six favorite ways to connect on Google+:

It is a simple idea isn't it? Find interesting stuff and talk to the authors.

There are a few I enjoy very much. You get to know people there.

4. Join in on Google Hangouts

I attend a couple a week and learn so much. I enjoy getting to know the various presenters.

This one needs an explanation. Here is the technique in brief. What do you enjoy? Maybe photography? so hashtag #sunsetphotography and voila! literally thousands of photographers and their images display in front of you. You can go add all those people and get to know them all, send them your posts, and make new friends.

There is a lot more here if you are in business. This is just the beginning. Look for another article on that topic. The potential for finding colleagues, mentors, people to teach, people to learn from, marketing partners, you name it - its endless. The point is Google bought Twitter and got the hashtags. Tadaa.

Okay that's the top five, but my favorite of all is making a new friend somewhere in the world every night.

This is just sweet. I find that in my stream the new people share posts of other new people, or interviews of other new people. I notice them and read them and love the photos and coment and they comment back and I have a new friend. I just love this. My small group of local folks became a world-embracing vision. Just think about that. I will share more stories about how this very phenomenon has changed lives dramatically. A new friend anywhere in the world every day. Why not? Try it.